Why humans bite another human? – My inputs in DNA…

In a bizarre turn of events the Ahmedabad civic body run hospitals have registered 17 cases of human bites. According to the data by the Health Department of Ahmedabad Municipal Corporation (AMC), in the last nine years 4.22 lakh bites cases were reported, of which majority were inflicted by the dogs.

The details were sought by the former leader of opposition Badruddin Shaikh to know the proper implementation of the dog sterilisation programme. Four non-governmental organisations have been given the contract by the civic body to sterilise dogs round the year. Yet, the dog population is on the rise in the city. “Since 2010, more than Rs 10 crore has been spent for sterilisation of dogs. But looking at the number of dog population it seems that the sterilisation programme is ineffective. According to the data by civic body there is one dog, per 20 human,” said Shaikh, former leader of the opposition, AMC.

“More than Rs 2 crore has been invested in the vaccination given to dogs. Most of the dog bites cases were reported after they were abandoned by the NGOs who sterilise them. Last year alone 59,621 dog bites were reported. Other cases include, 421 cat bite, 146 monkey bites and 117 bitten by others,” said the leader.

Why humans bite another human?

It is a common way to show aggression tells a city-based psychiatrist, Dr Hansal Bhachech. “There are people who have strong arms, but those who don’t, use their teeth in self-defence. It is their weapon, they would either kite or bite someone,” he said.

“Those who have weak limbs uses teeth to vent anger. In comparison with males, females are reported to use their teeth to vent their aggression. If someone holds them with a firm grip, biting is a common way to get back at the attacker,” remarked the doctor.

Dr Bhachech further added, “Psychologically, some people are orally fixated. Some people have oral stimulation since childhood. Also those who habituated to consuming tobacco, smoking or constantly into chewing something, are into biting habit,” he further said.

The expert said that biting is the strongest form of attack. “If you hold someone in grip or kick it does not affect that much. But the biting gives intense pain and the victim may loosen the grip,” added the doctor. 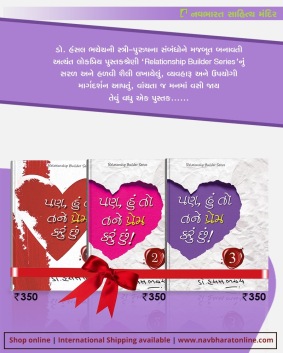 Imagine you are on a desolate island — which has a stock of arms and ammunition, medical kits, and power packs — along with 99 others. In a matter of about half an hour, you have to find resources to stay alive and keep inching towards the ever-shrinking ‘safe zone’.

Your aim is to beat other players to it.

The bloody climax sees only one person or team emerging victorious, all for ‘Winner Winner Chicken Dinner’ reward!

The PlayerUnknown’s BattleGrounds (PUBG) on Google Playstore has recorded over 100 million (10 crore) downloads ever since its launch last year and India is among the top countries in terms of individual and group players. The PUBG fever has also taken hold of Gujarat, with thousands of young people spending hours together for that one shot at glory as top guns.

But the online immersive game — following the release of the battle royale format which amalgamates elements of exploration, team building, survival and fight till the last man/woman standing — has now started affecting players mentally and physically. In a recent case, a 25-year-old man attacked his parents for not allowing him to play PUBG. In another case, a class XII student in Surat started throwing things at his family members when his father switched the Wi-Fi off so that he could prepare for board exams.

What makes the game so addictive? Dr Hansal Bhachech, an Ahmedabad psychiatrist, said that every game design works on the principle of reward system. “The reward stimulates the person to turn to that addiction again and again as it releases dopamine, giving the person a temporary ‘high’,” he said. “Thus, emerging as a winner can give the same kick to a player that an addict finds from liquor, contraband, or tobacco. We find the profiles of the patients —we get one every two days, approximately — similar, they suffer from self-image problems in real life and chase virtual glory.”

But what sets PUBG apart from games of earlier generations is that it has no end, Bhachech said. “Earlier, the player would get the ultimate satisfaction when he/she encountered the ‘Game Over’ message on the screen,” he said. “The new games are based on missions and have no definite end, prompting players to return to the battleground time and again.”

Peer pressure also plays a part. Poonam Devlal, a child psychologist in Vadodara, said that impressionable teens observe their parents, family members, or peers playing mobile games and start exploring the games out of curiosity and then get hooked to them. “They want to be part of the cool crowd for sort of social approval,” she said.

“Over the past couple of years, there has been an exponential rise in the easy availability of digital devices,” said Dr Kamlesh Dave, a psychiatrist at New Civil Hospital, Surat. A Rajkot psychiatrist, Dr Chetan Hansaliya, agreed.

“Teens are now demanding expensive phones with better RAMs to play online games,” he said. “The repercussions are manifold. In a recent case, an engineering student had to take a drop after he lost nearly two months of study because he was obsessed with PUBG. We also see a rise in violent behavior and the growing tendency to lie to parents.” Social isolation is aggravated as more and more hours are spent online, he said.

PUBG problems have prompted authorities to act. The Gujarat Secondary Education Board (GSEB) has already issued an advisory to schools to create awareness about gaming addiction. Prof Navin Sheth, the vicechancellor of Gujarat Technological University, said that the university has started an outreach programme for state schools along with Ahmedabad Police’s cyber cell to counsel teens to seek gaming de-addiction. “We have already reached out to more than 50 schools so far and more schools will soon be covered,” he said. 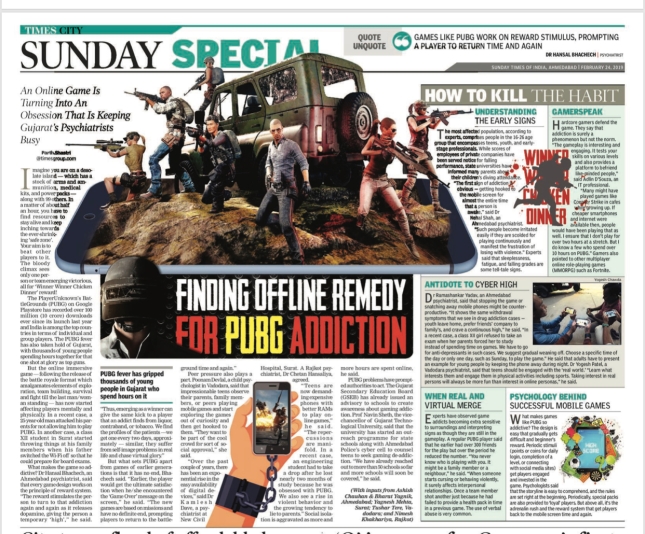