One of the basic differences between Hollywood and Bollywood action movies is, Hollywood flicks have primary plot and secondary action sequences while Bollywood have primary action sequences around which plot is created. The result is, mind-less action and logic-less story-line !! Dhoom-3 is no exception and certainly much weaker than its prequels 😦

Aamir is too good with his facial expressions. Katrina is a show-piece. Abhishek and Uday has not improved in last nine years 😦

Age has shown its effect on the faces of all four and certainly will be old for the sequel, if any.

Worth morning or Tuesday shows (low costs), mindless low entertainer than its prequels 😦

I’m not a paid or commercial movie critic. This share is to help like-minded friends for spending their money and time effectively 🙂

Posted by Dr.Hansal Bhachech on December 21, 2013 in Reviews and Movie Wisdom

Today I’m re-blogging my post written on 10th Aug. 2013! Reason is – Today Sunny Leone was again found the most searched celebrity on Google 🙂

She not only surpassed all top-guns, in fact left them far behind!! Reason we all know 🙂

Despite of her huge popularity on Google, her film ‘Jackpot’ failed!! Reason we all know 🙂

Enjoy this write-up, once agin…..

I wrote this blog yesterday in Gujarati, my many English reading friends have asked me to write in English. Friends, here it is…

PLEASE NOTE: By no means I support what Tejpal did or neither I say that girl was taking favors. Sole purpose of writing this, is to throw light on human’s psyche and make women aware of certain circumstances. 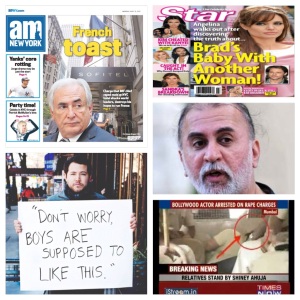 ‘Every favor has its cost’

We need to accept one common fact that there is always a hidden expectation of reward behind every favor we do to others. These rewards vary from simple act of appreciation or thankfulness to some help from them when we are in need or cash or kind etc. Such expectations depend on our personality, values, roots, relationships, the favor extended etc. These expectations may remain evident or hidden. They are expressed as per time, opportunity, intensity and response. Psychological researches have confirmed that in absence of such expected rewards, it is less likely that our favor will continue. Some of us may not like to agree with this naked fact of life, their ego would not allow them to accept and  of course, we may have some exceptions but almost negligible! If you honestly agree with these natural human tendencies for expecting rewards then further discussion will be interesting for you.

Whenever man favors woman, out of the way or beyond what she deserves, sexual reward remains amongst top expected rewards! These favors may include giving power, allocating positions, salaries beyond her capabilities, gifts and list goes on. Intensity and expression of desire of having sexual favor as a reward depend on man’s personality, his power, his position, type of the favor, woman’s personality, her competency, her need, her response or body language etc. Agree or not, this is naked truth and every mature woman should understand this. Moreover, she should pass this wisdom to her maturing daughters so that they can learn to remain alert about such possible exploitation under certain favors.

There are many women, who understand this fact but still they want to enjoy favors and allow men to take their reward to an extent. However, when some desired expectations fail to meet on either side, their association turns bitter. If any woman wants to understand, then the fact is simple. If you do not want to get sexually exploited then when you get the favor out of the way, ask yourself ‘am I deserving this?!’ If your conscience says ‘no’, stay away from taking that favor or be prepared for unwanted sexual demands or harassment. Whether he is IMF Chief Dominique Strauss-Kahn or Hollywood star Brad Pitt or Bollywood hero Shaini Ahuja, Shakti Kapoor or recent news maker Tarun Tejpal, all have sailed in the same sea. I do not support what they did but at the same time one has to think that what they did was not part of give and take, where women took undeserved favor and in return they got what they claimed harassment!

Possibly you may take this with pinch of salt but, as I understand, everyone understands this. ‘Every favor has its cost’ and ‘No meal is free’ if you cannot have this wisdom then God bless you!