Bounce back from setback…. Mirror Interview 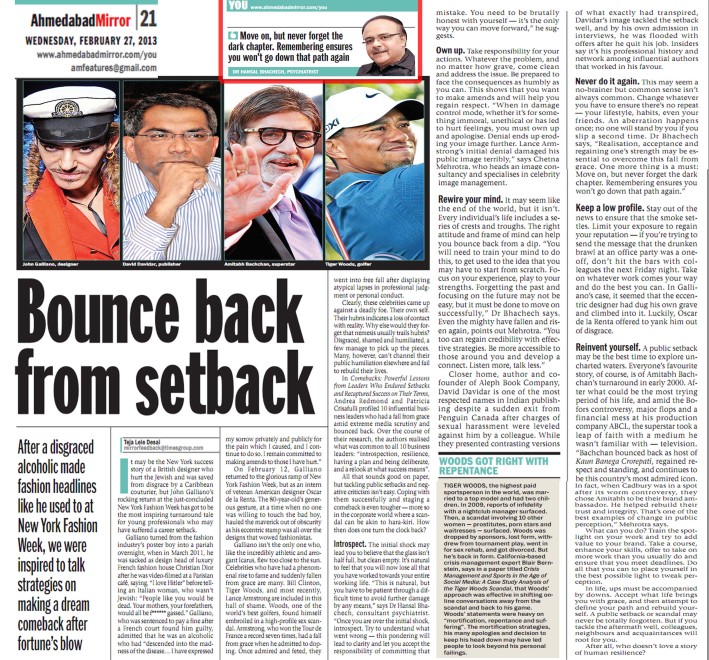 Bounce back from setback

After a disgraced alcoholic made fashion headlines like he used to at New York Fashion Week, we were inspired to talk strategies on making a dream comeback after fortune’s blow 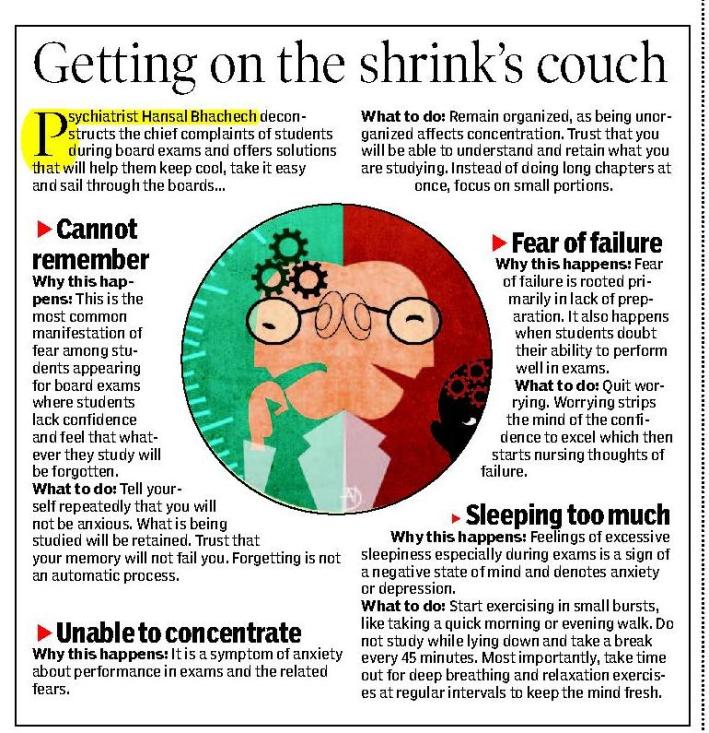 Getting on the shrink’s couch

Psychiatrist Hansal Bhachech deconstructs the chief complaints of students during board exams and offers solutions that will help them keep cool, take it easy and sail through the boards…

• Cannot remember
Why this happens: This is the most common manifestation of fear among students appearing for board exams where students lack confidence and feel that whatever they study will be forgotten. What to do: Tell yourself repeatedly that you will not be anxious. What is being studied will be retained. Trust that your memory will not fail you. Forgetting is not an automatic process.

• Unable to concentrate
Why this happens: It is a symptom of anxiety about performance in exams and the related fears. What to do: Remain organized, as being unorganized affects concentration. Trust that you will be able to understand and retain what you are studying. Instead of doing long chapters at once, focus on small portions.

• Fear of failure
Why this happens: Fear of failure is rooted primarily in lack of preparation. It also happens when students doubt their ability to perform well in exams. What to do: Quit worrying. Worrying strips the mind of the confidence to excel which then starts nursing thoughts of failure.

• Sleeping too much
Why this happens: Feelings of excessive sleepiness especially during exams is a sign of a negative state of mind and denotes anxiety or depression. What to do: Start exercising in small bursts, like taking a quick morning or evening walk. Do not study while lying down and take a break every 45 minutes. Most importantly, take time out for deep breathing and relaxation exercises at regular intervals to keep the mind fresh. 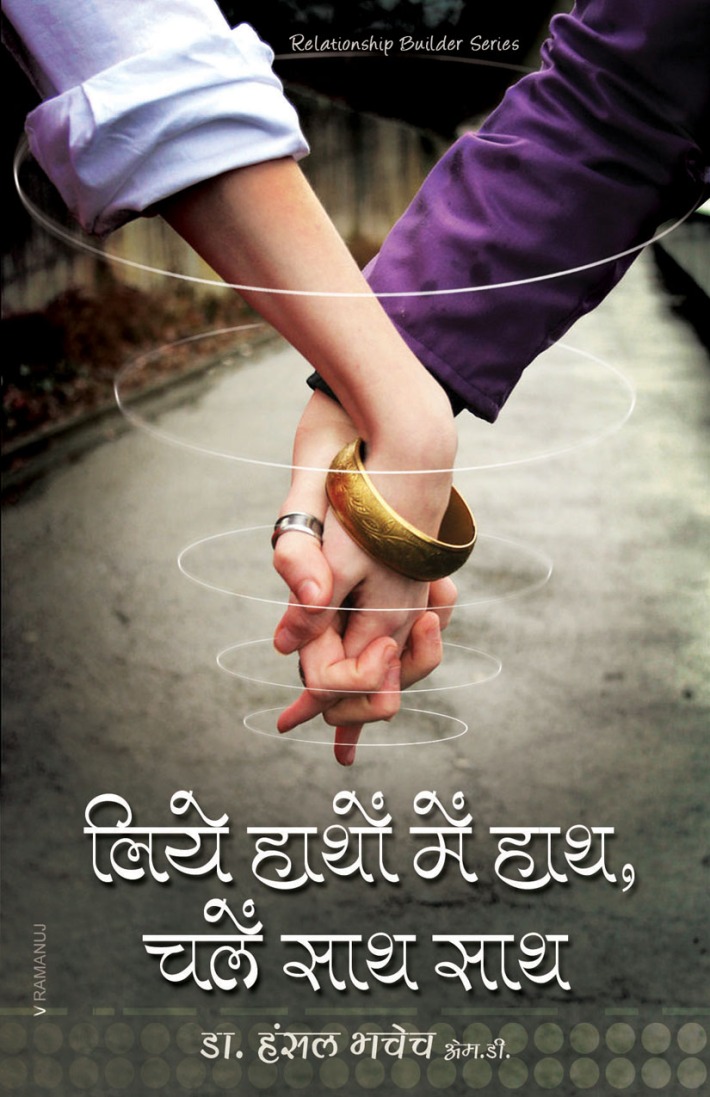